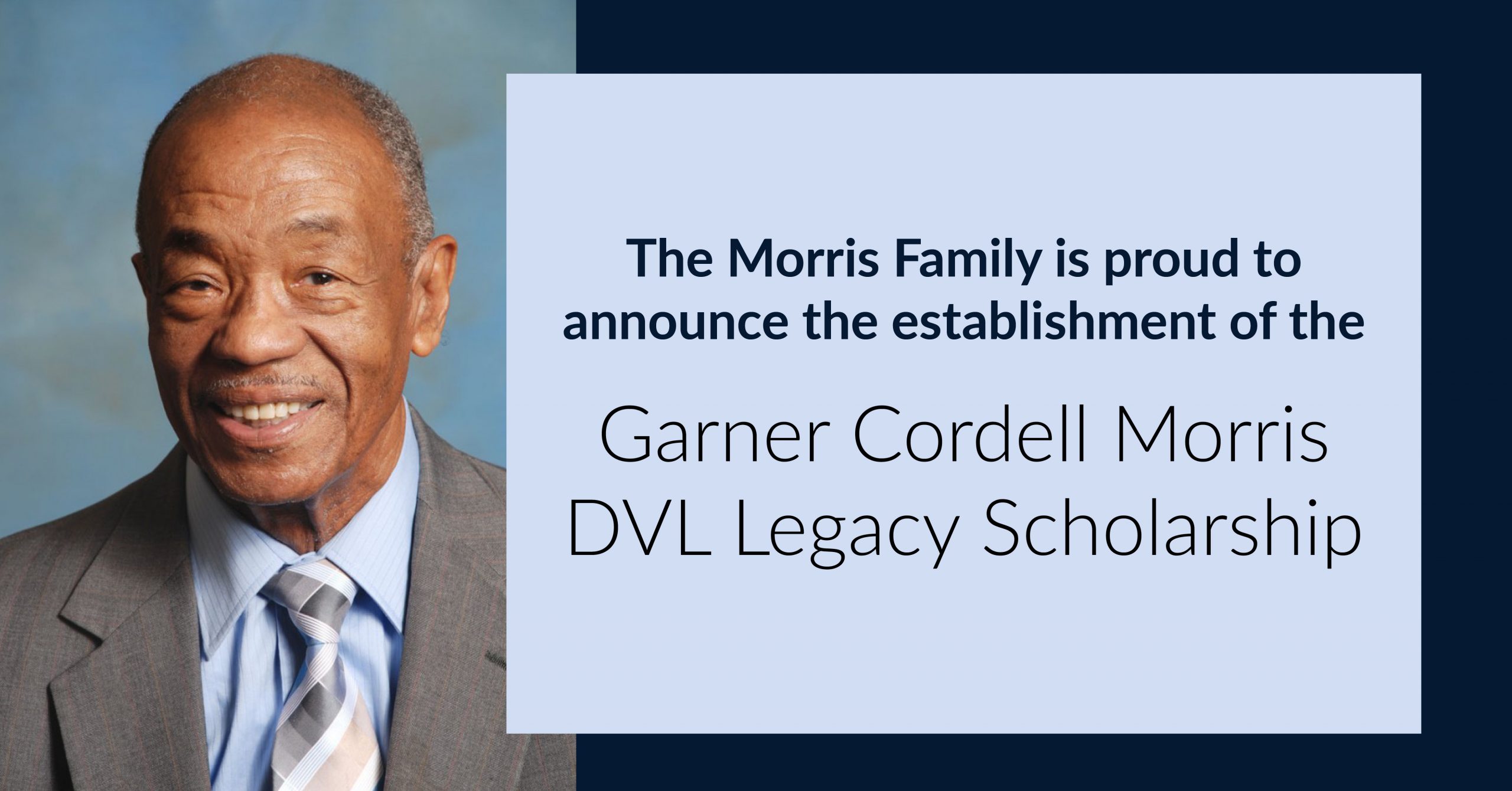 Mr. Morris was a Man of conviction and commitment to God, Country, Family and Community. He was principled and opinionated!

He believed deeply in the power of education and all the benefits that come with a solid education.

The Dreamers, Visionaries & Leaders (DVL) Scholarship Program is humbled to serve and support the legacy of this High Desert Icon for generations to come.

To Become A Scholarship Fund Supporter Please reference and/or note that your donation is designated to the Garner Morris Scholarship fund.

To donate to the DVL Scholarship Fund, click the donation button, there you will be able to enter the amount you wish to donate. Please feel free to give more than $10 a month if you are able! To make your generous contribution an automated monthly deduction be sure to check the “Make This A Monthly Donation Box“.

We appreciate your support!

Contributions can be made payable online:

Please note, this contribution is to Dreamers, Visionaries, and Leaders an affiliate fund of High Desert Community Foundation. Your donation will be billed from Streams in the Desert Foundation, Inc., the organization we use to manage our contributions. If you have any questions, please contact regina@dvlproject.com.

Garner Cordell Morris was the oldest of 13 children and he was born on September 16, 1933 in Batesville, Mississippi. He was married to Thelma M. Morris for 66 years and had four children. He has three daughters: Annie Jewel, who is retired from the city of Detroit, Michigan; Belinda, who works with the mentally challenged; and Phyllis, retired San Bernardino County Public Defender. His son, Garner, Jr., is a Deputy District Attorney for Santa Clara County.

As a child growing up, Garner’s economic conditions were similar to other families in his community. In his spare time, between working with his parents and siblings, Garner worked with other people to earn extra spending money. His chores consisted of cutting wood, milking cows, planting, plowing and harvesting the crops.

When Garner was in the 11th grade, he dropped out of school. But, with the encouragement from his teachers, he returned and graduated.  After Garner finished school, he attended Mississippi Valley College for one year. When the money ran out, he enlisted into the United States Air Force.

While in the Military, Garner spent all his time in electronics, maintaining numerous military aircraft (Fighters and Bombers). He served in Vietnam, Thailand, Korea, Japan, Denmark and Taiwan. During his Air Force career, he earned numerous military medals, including the Distinguish Medal with Three Oak Clusters for outstanding service.

After 29 years and 9 months in the Air Force, Garner  retired as SMSGT. Garner continued his education by earning a BS degree in Aviation Management. After retiring from the military,Garner was employed by Northrop Grumman Corporation. His responsibility was to insure that the B-2 bomber was safe for flight prior to turning it over to the pilots.

— Biography is from the DVL 2014 Black History Month Publication.